With the recent detection of cases of African Swine Fever (ASF) in wild boars in Belgium, anyone can see that there is a certain risk of introduction of this disease into our territory. Also Classical Swine Fever (CSF) might be introduced. Therefore it is essential that all the actors involved in the pig sector are trained and alert. Two essential aspects for the control of these diseases are biosecurity and a good system of passive surveillance that ensures an early diagnosis.
From the slaughterhouses we have a well defined role in this passive surveillance.
Although it is true that, given this disease characteristics, it is most likely to be detected through mortality outbreaks in farms or wild boar populations, the initial presentation of the disease can be very variable depending on: the virulence of the strain, the initial virus load, the immune status of the guests, etc. Therefore, it can not be ruled out that infected animals might arrive at the slaughterhouse.
In previous posts of the blog we have already reviewed the lesions, mainly hemorrhagic,  caused by both ASF and CSF viruses in domestic pig carcasses.
What to do in case of suspicion?
What samples should be sent?
Should any hemorrhagic lesion raise a suspicion of ASF/CSF?
Don't panic! Hemorrhagic diathesis lesions are not specific of an infection with ASF/CSF viruses, so to declare a suspicion, one must have a fair level of certainty.
However, in an epidemiological situation such as the current one, where we can not underestimate the risk of introducing the disease, we must also analyze all those inconclusive lesions that fit into the differential diagnosis of ASF/CSF.
Table with suggested criteria to differentiate a suspicion from other inconclusive findings that, in any case, should always be sent to SESC for laboratory analysis.
Below we can see images of two recent cases of carcass with hemorrhagic diathesis in which a diagnosis of ASF/CSF has been ruled out by PCR /RT-PCR.
Case 1: A single animal, mixed race female of 6 months, who presented extensive hemorrhagic lesions. ASF/CSF was ruled out, but no other lesions were observed to determine the cause of the hemorrhagic diathesis presented by the animal. 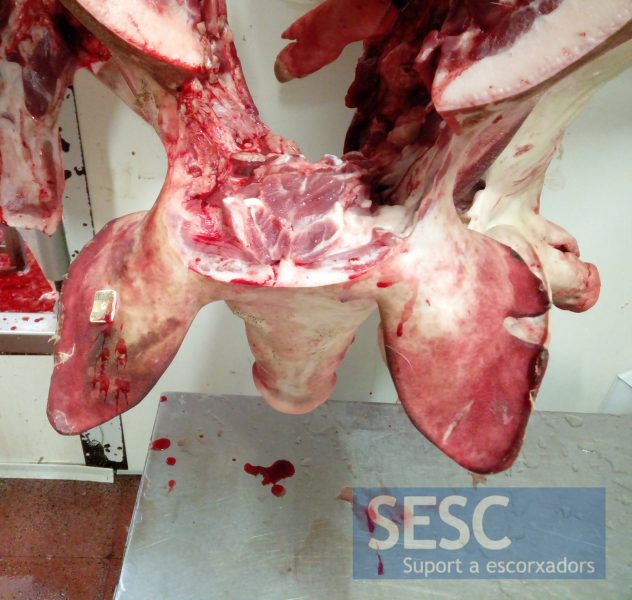 Hemorrhagic lesions on the skin of the ears. 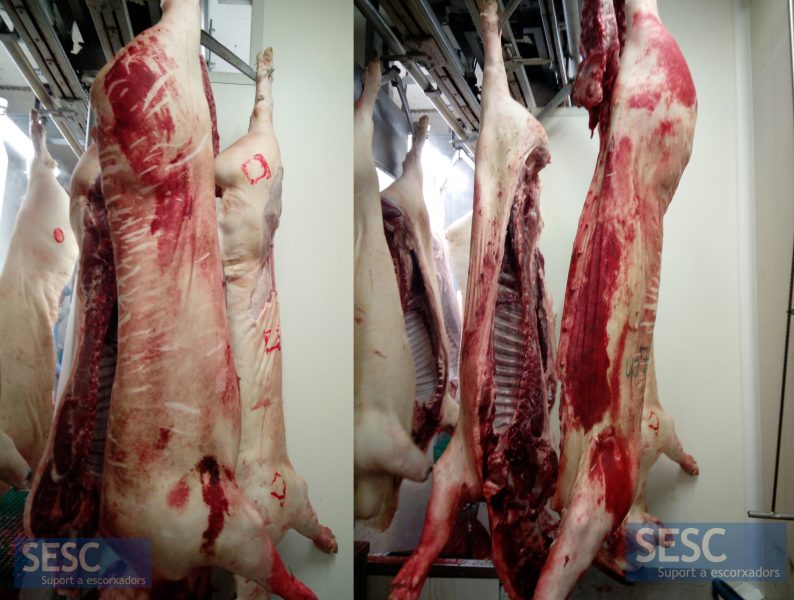 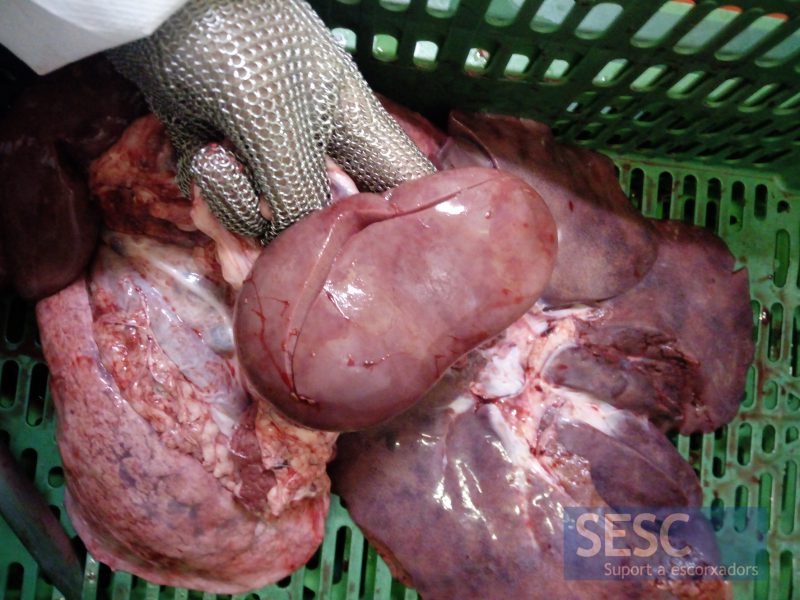 Absence of renal petechiae or reabsorption of blood to the lymph nodes. 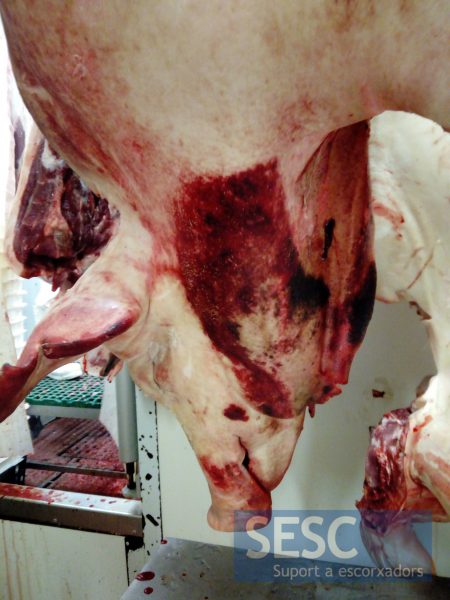 Hemorrhages in the ventral side of the neck. 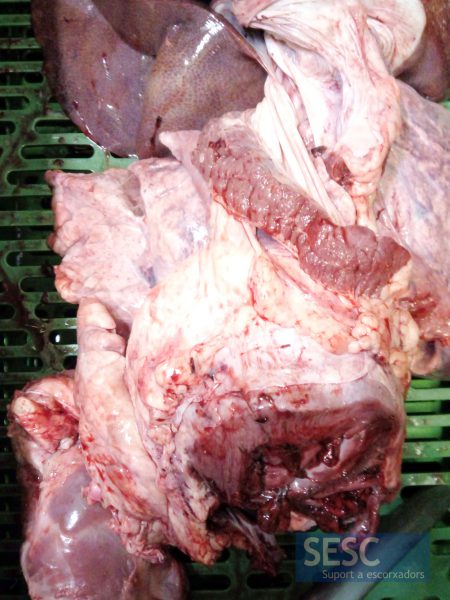 The animal presented a fibrous pericarditis, indicative of a septicemic process already resolved.

Case 2: A single animal, mixed race female of 6 months of age, with generalized hemorrhagic lesions on the skin, viscera and hemorrhagic lymph nodes. ASF/CSF were also ruled out, but there were no further lesions in the organs studied, other than haemorrhages that would explain the hemorrhagic diathesis. 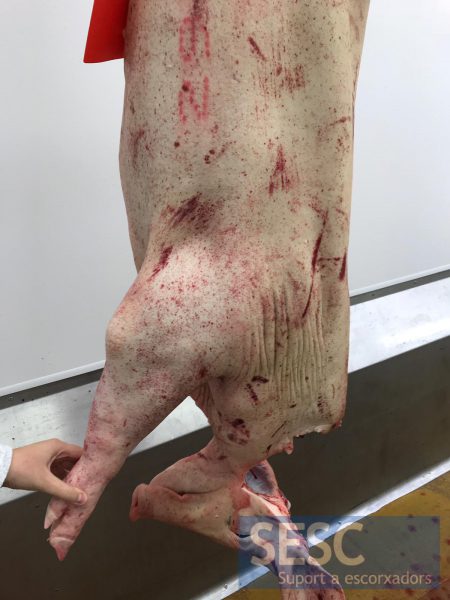 Generalized petechiae in the skin throughout the carcass. 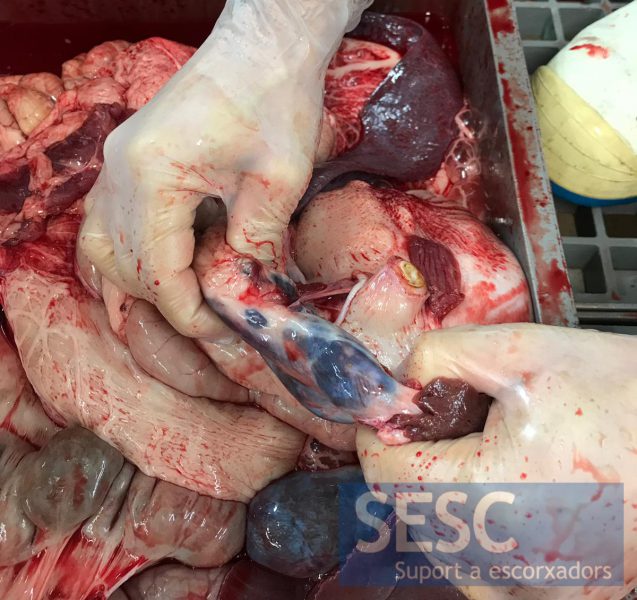 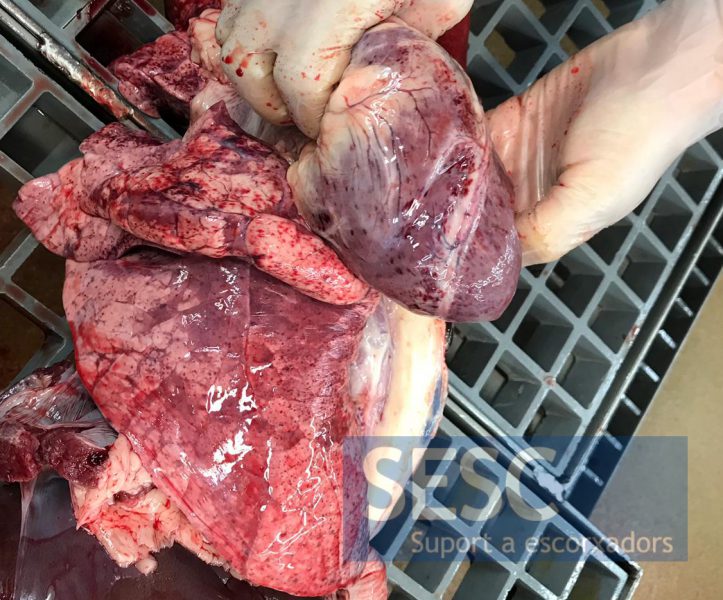 Petechiae in the epicardium and in the visceral pleura of the lung. 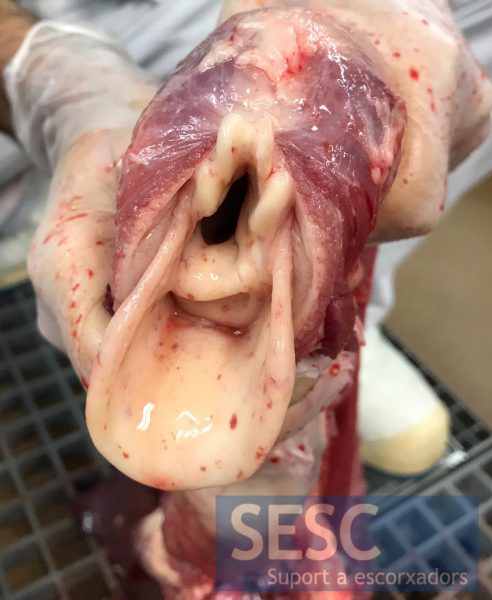 Petechiae in the mucosa of the glottis. 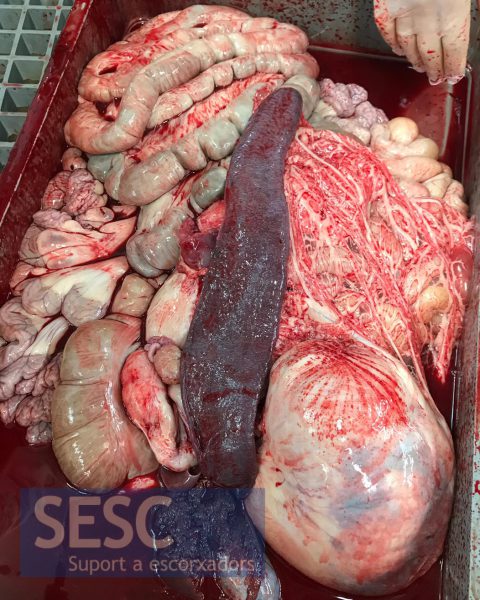 Spleen size was normal. Hemorrhages can be observed in the serosa of the gastrointestinal tract and the mesentery.