Nerve sheath tumor in the heart of a calf

In an eleven-month-old,mixed breed calf carcass, a nodular, encapsulated, lesion of about 7 cm in diameter located in the interventricular septum of the heart was observed, protruding into the right ventricle.

The histopathological study showed that it was a malignant neoplastic proliferation of fusiform mesenchymal cells that was classified as a peripheral nerve sheath tumor. An immunohistochemical characterization of the neoplastic cells showed the cells were positive to S100 (marker of nervous origin) and negative to desmin (muscular) and IBA-1 (macrophagic). 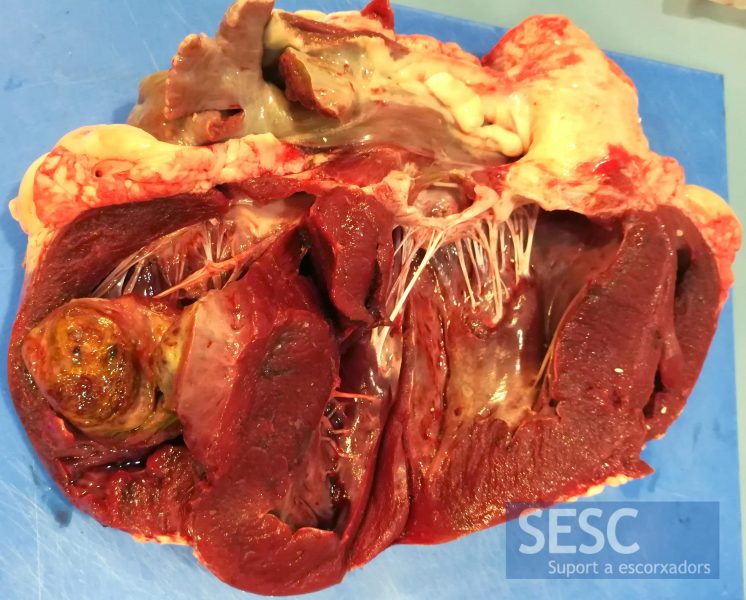 Mass located in the interventricular septum of the heart of a calf, protruding into the right ventricle. 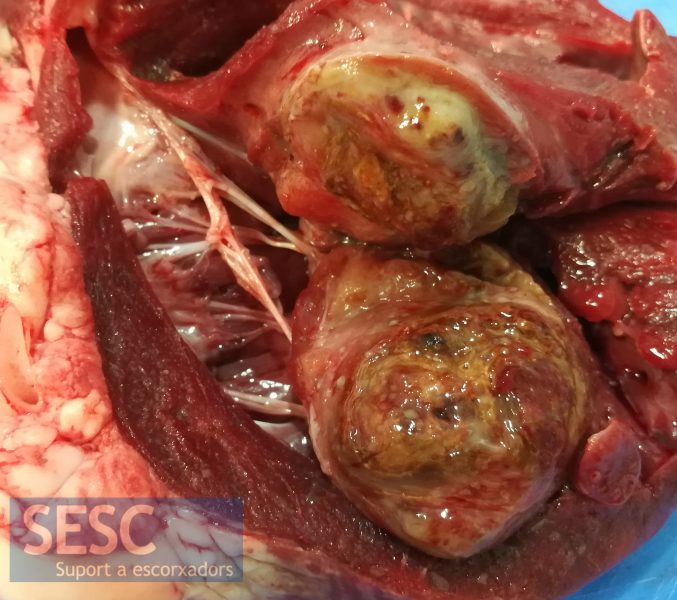 The appearance of the mass is necrotic and encapsulated. 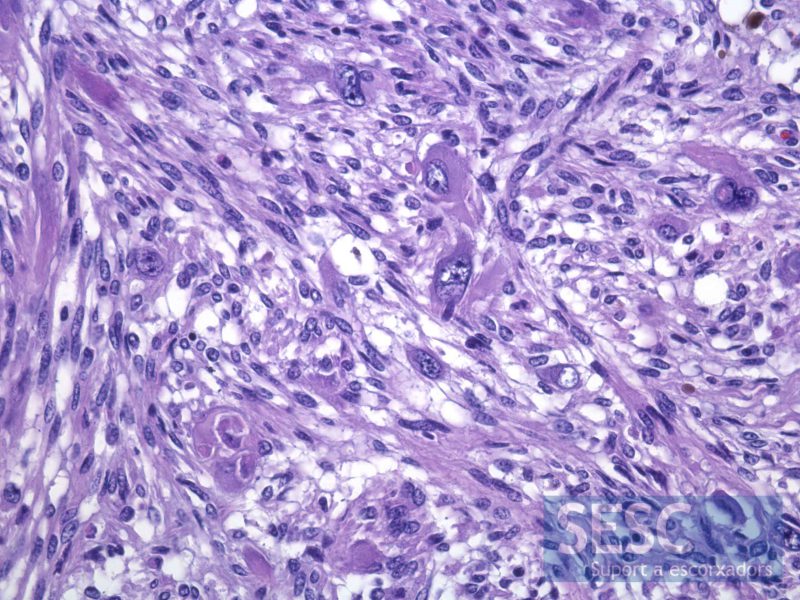 The neoplastic population of generally fusiform but very pleomorphic cells (cells that present very different forms, typical of malignant neoplasms) can be observed under the microscope. 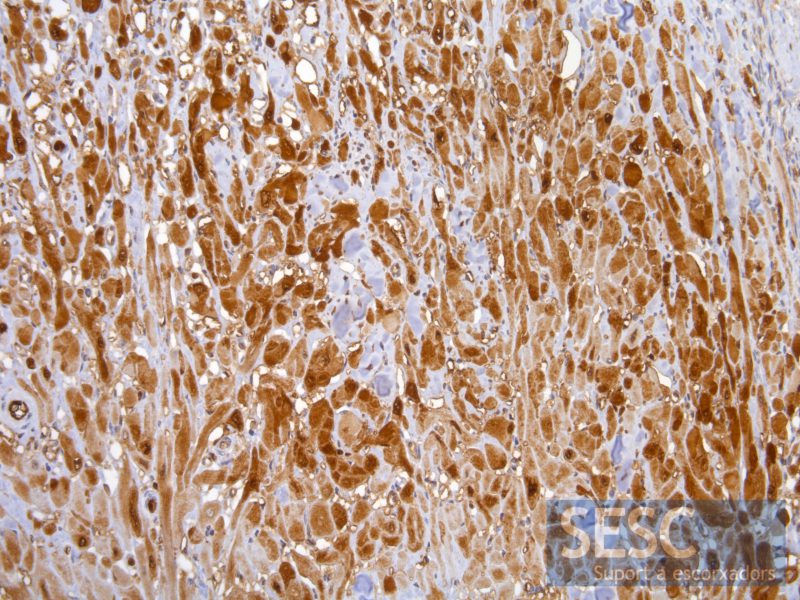 The majority of tumor cells are stained with immunohistochemical staining for S100, a marker of neural crest origin that confirms that it is a nerve sheath tumor.