Nodular pyogranulomatous lesion on the face of a bovine

A nodular lesion in the left cheek, which ulcered the skin and had a cauliflower aspect, measuring about 10x10 cm in diameter, was found in a 3-year-old female, friesian breed, bovine carcass.  From the oral cavity, a soft tissue proliferation could be observed above the left upper gum. Submandibular and parotid lymph nodes were increased in size.

The histopathological study classified the lesion as a chronic piogranulomatous stomatitis (inflammation of the mouth), the observed images were highly compatible with a case of wooden tongue, an infection by Actinobacillus lignieresii.

The microbiological culture however showed an abundant growth of Trueperella pyogenes. A bacterium usually associated with the presence of abscesses.

Within the differential diagnosis, neoplastic lesions such as a papilloma or squamous cells carcinoma should also be included. 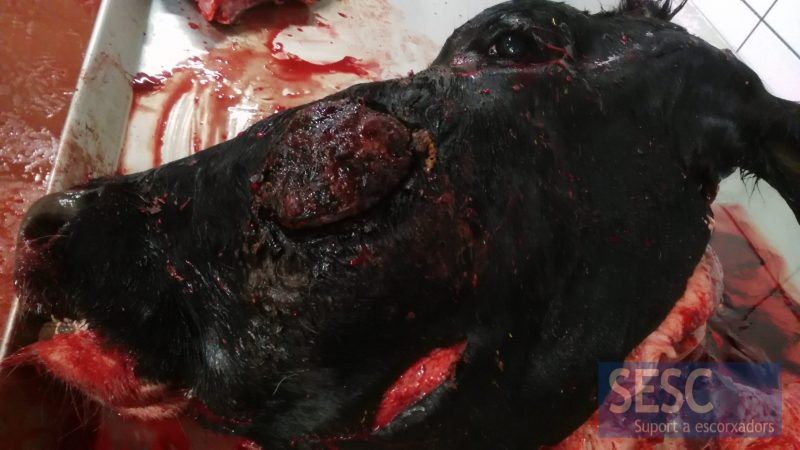 External appearance of the lesion, notice the skin ulceration. 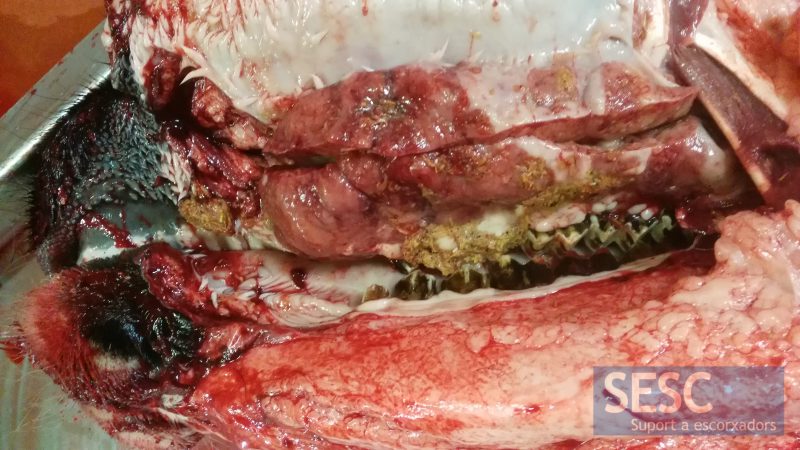 Appearance of the lesion from within the oral cavity. 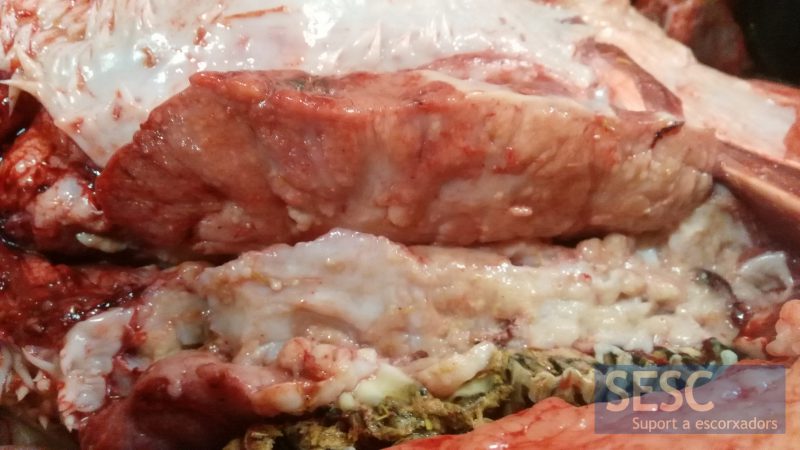 Detail of the lesion texture once sectioned. 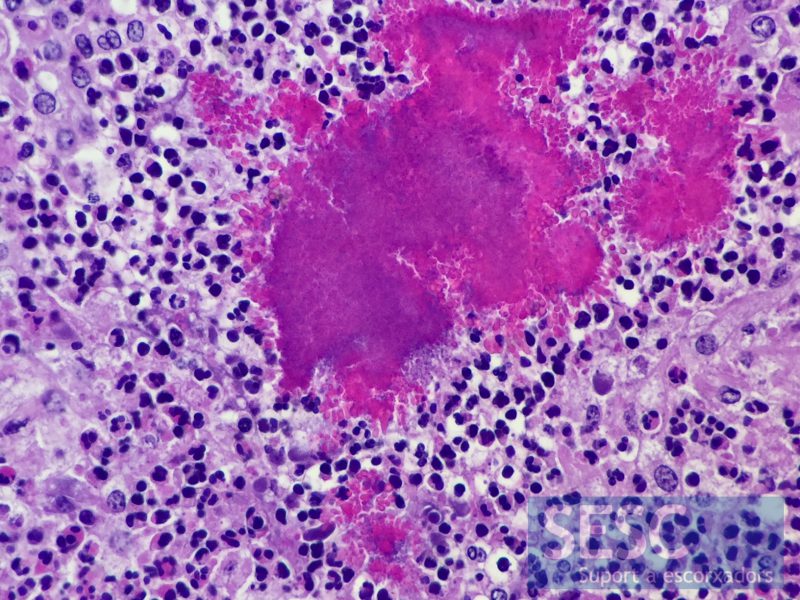 Suppurative inflammatory infiltrate (made up of  neutrophilic polymorphonuclear leucocytes) with images of Splendore hoeppli (pink colored areas, which correspond to bacterial colonies with immune-complexes deposited on them). 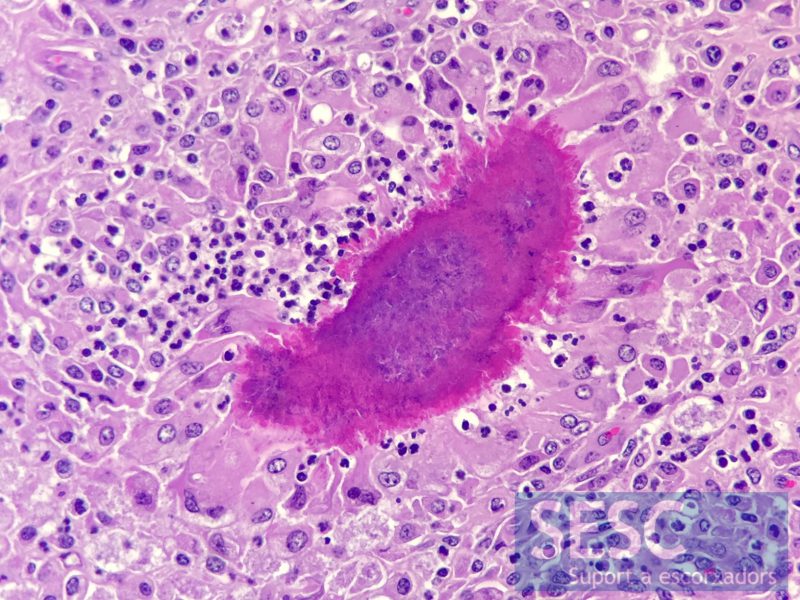 Detail of the inflammatory infitrate in a predominantly granulomatous area, i.e. constituted mainly by macrophages, some of which are multinicleated.