A flock of turkeys arrives at the slaughterhouse, presenting 30% of the animals affected with a respiratory process localized within the upper respiratory tract. The animals showed a severe sinusitis of the infraorbital sinuses accompanied by facial edema, conjunctivitis and nasal discharge. Two heads were submitted, from which swabs were collected. A PCR against Mycoplasma gallisepticum was performed, with a positive result, and a RT-PCR against avian Metapneumovirus (aMPV) with a negative result.

Thus, a diagnosis of infectious sinusitis of the turkey was confirmed, which is caused by M. gallisepticum. This infection produces respiratory disease in broilers, laying hens and turkeys, the latter being more susceptible. It produces:

In affected flocks, M. gallisepticum affects most of the animals, producing respiratory signs in 80-90% of the turkeys, but they do not exhibit sinusitis consistently (1-70% of the animals). (AC) 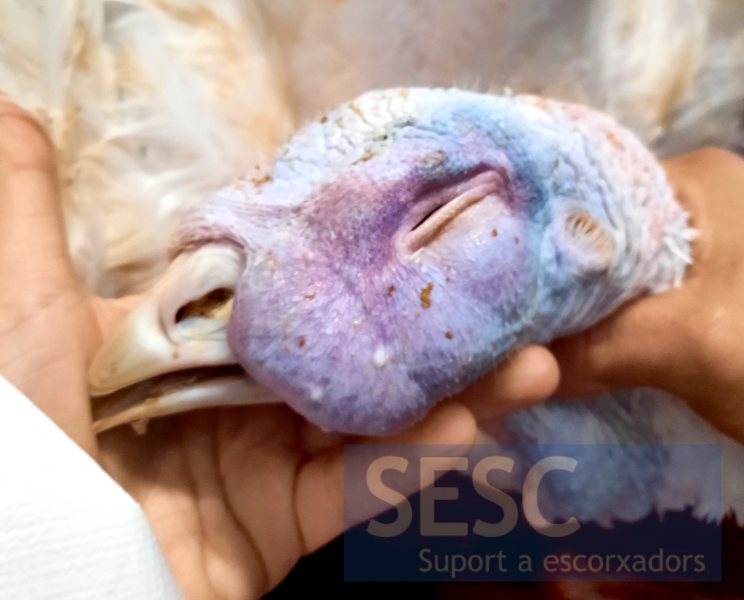 Turkey head presenting marked periorbital tumefaction due to the characteristic sinusitis of the infraorbital sinuses, which may result in complete eye closure.