Nodular lesions in the pleura, peritoneum and viscerae of a calf

Due to the nodular morphology and the age of the animal TB was included in the differential diagnosis. When sectioned, the nodules were yellow to white homogeneously coloured and were not mineralized.

Histopathology revealed a malignant neoplastic proliferation of epithelial cells adopting a papilary growth pattern. This cells could also be observed within lymph vessels (carcinomatous lymphangiosis) and within the lymph nodes parenchyma. A diagnosis of malignant mesothelioma was established.

It is a relatively common neoplasm in bovine livestock and has been described congenitally in calfs and foetuses. In humans the pleural form has been associated to inhalation of asbestos fibres, but this association has not been established in animals. 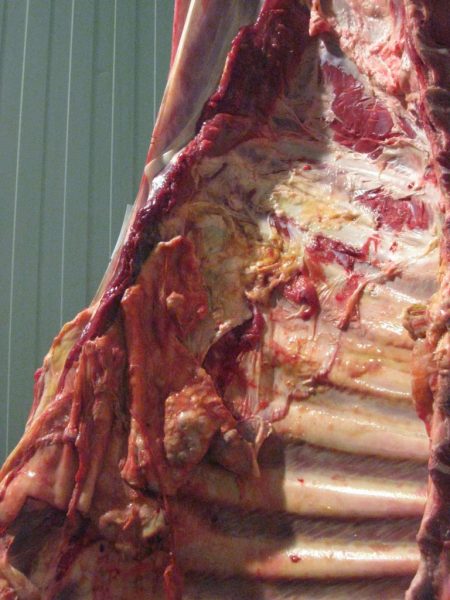 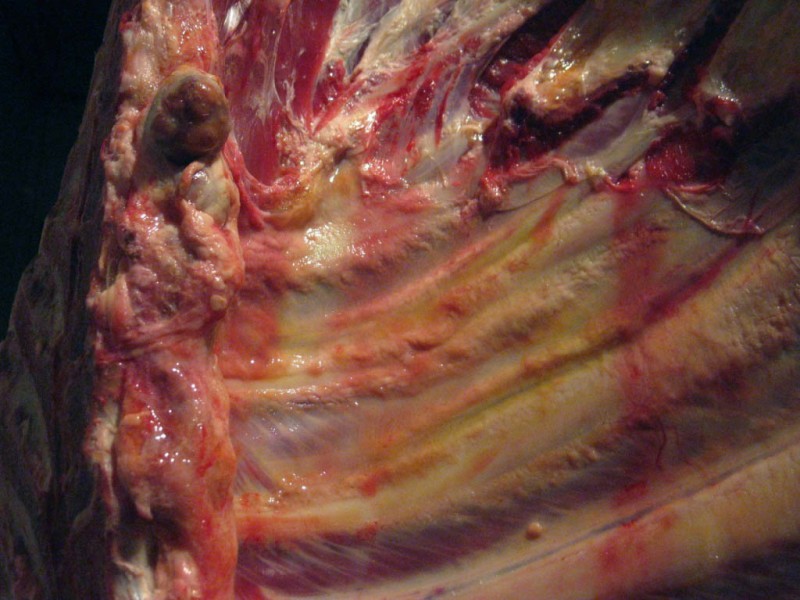 Detail of the lesion in the parietal pleura.