The differential diagnosis of a lesion like this one should include:

Although the macroscopic image was suggestive of bovine cysticercosis, the histopathological study showed that it was a benign mesenchymal neoplastic proliferation, being in this case the most likely differential diagnosis a  myocardial adenomatoid tumor. 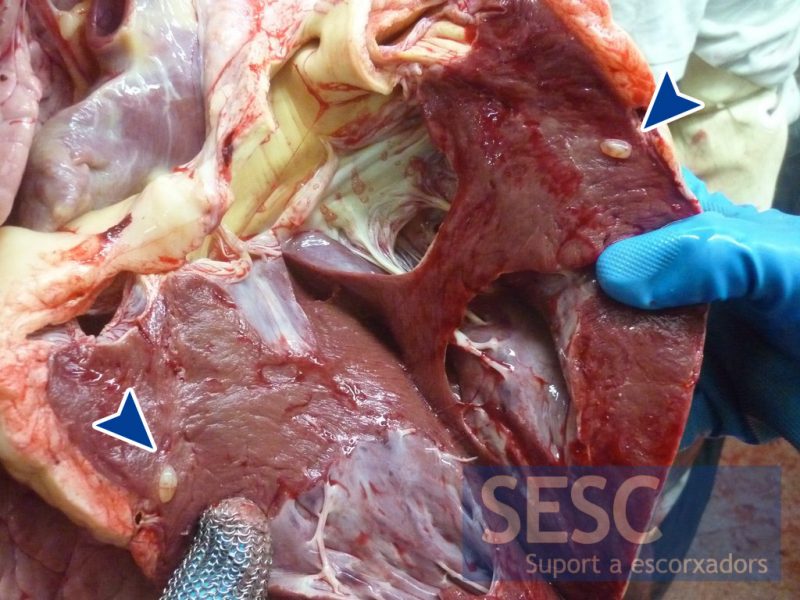 The two halves of the nodule (arrows) located in the wall of the left ventricle make prominence after cutting. 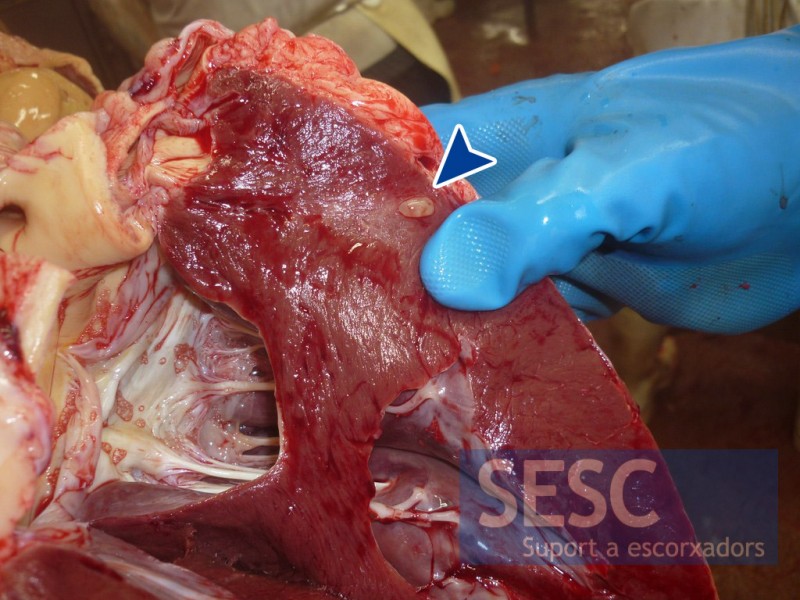 Another view of the lesion (arrow) in the myocardium. 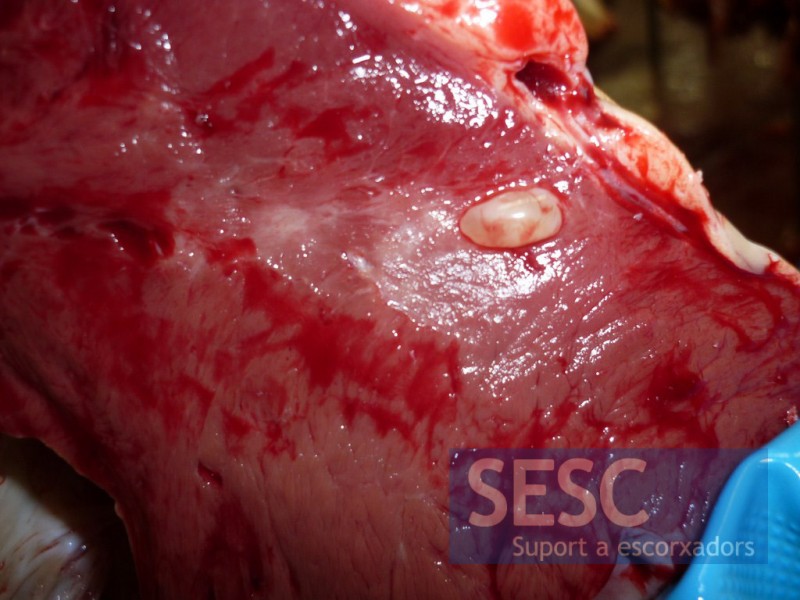 Image of the nodule at higher magnification. Its prominence is evident after its sagittal section and also the important finding that there is no inflammatory reaction around it (usual in Cysticercosis cases).