Polycystic kidney in a pig

In a 6 months old hybrid pig a bilateral alteration was seen of the kidneys. These showed a loss of structure, with an obvious atrophy of the renal medulla and also, to a lesser extent, of the renal cortex parenchyma which presented with a microcystic appearance. The urethers were significantly dilated and thickened.

Histologically the renal parenchyma was almost entirely occupied by cysts lined by a simple epithelium, some of which contained glomerular structures more or less atrophied. In the interstitium fibrosis and a mild mononuclear inflammatory component could be appreciated. Scattered remnants of apparently normal (probably functional) renal parenchyma were also observed .

The lesions observed point to a disturbance of normal renal development causing microcystic structures in virtually all of the renal cortex and a significant loss of renal medulla. Although this can't be classified into known types of renal lesionin the differential diagnosis we may include: 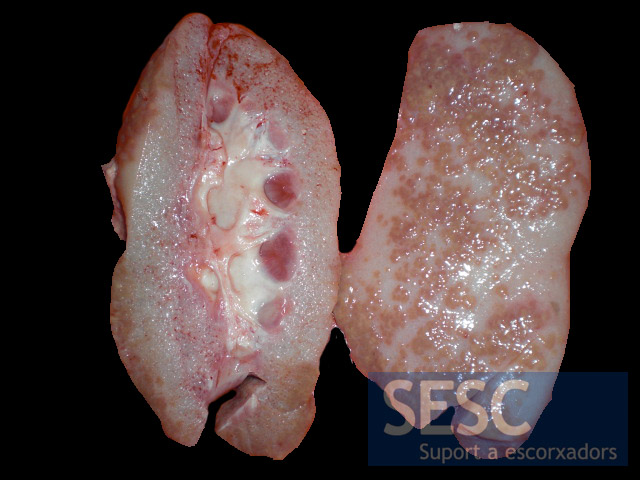 Pale kidneys, with surface irregularities and atrophy of the medulla and the cortex. Histologically, prominent brown areas correspond to the fraction of normal renal parenchyma. 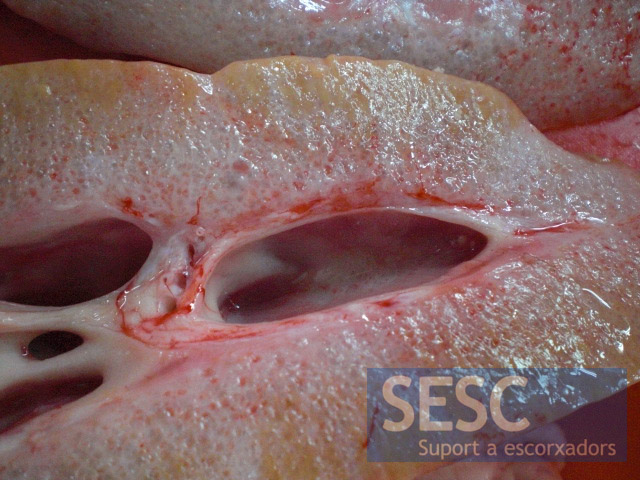 Up close, a multitude of small cysts can be seen that give a spongy appearance to the parenchyma as well as the lack of renal medulla. 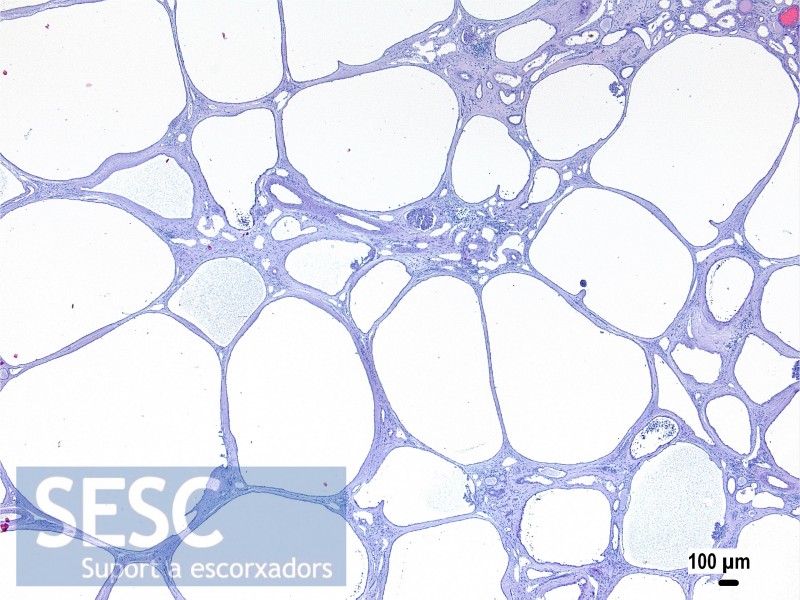 Microscopically, all cysts were lined with simple epithelium and among them a few scattered traces of apparently normal renal parenchyma could be observed. 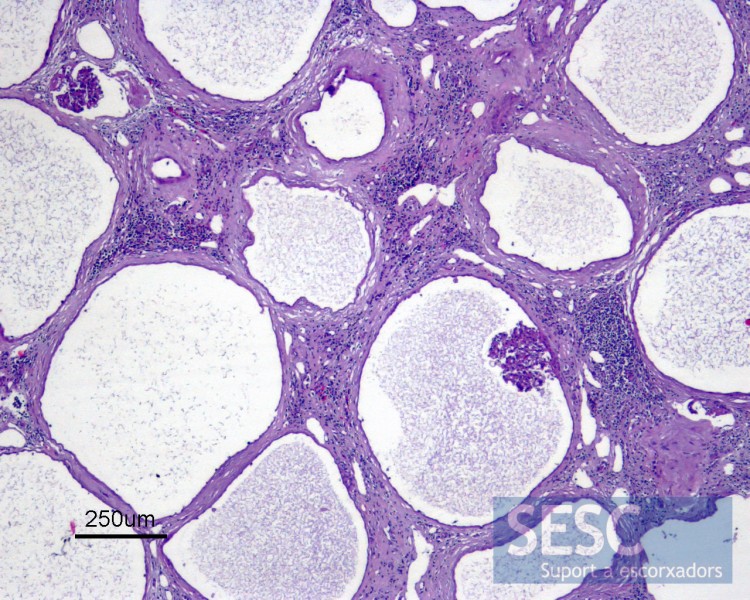 Some of the cystic cavities contained a renal glomerulus. The interstitium showed fibrosis and in some areas mononucelar inflammatory infiltrate.