The bulk of the nodules measured between 1 and 5 cm in diamater but some of them where bigger, up to 15 cm. Meat inspectors suspected of a lymphoma.

Histopathology revealed a neoplastic proliferation of rounded to polyhedric cells with a high degree of anaplasia (undifferentiation) which were hard to identify morphologically as a pariticular cell type. No immunohistochemical markers indicative of a lymphoid population were found. Therefore, even it was not conclusive the most probable diagnostic was a mesotelioma of the abdominal serosa.

In a case like this one it is important to include mycobacteria in the differential diagnosis. 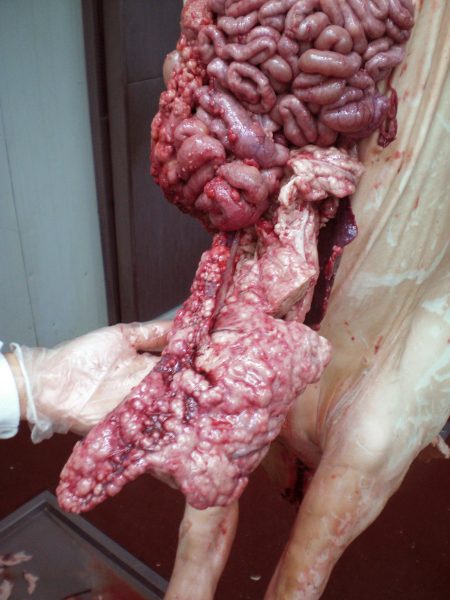 Multiple lesions in the splenic surface coalesce into a large mass. The intestinal serosa was also involved. 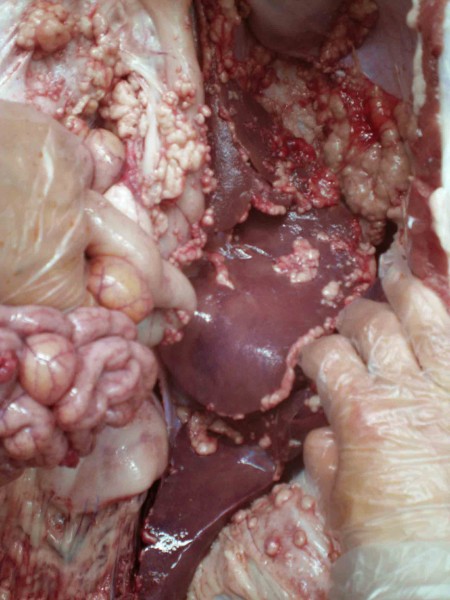 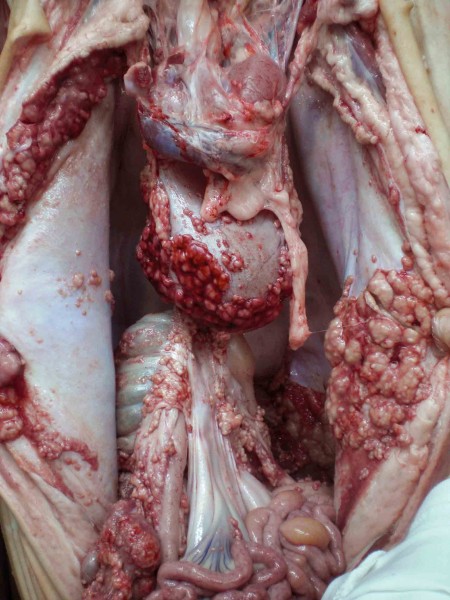 Involvement of the kidneys, mesenterium and parietal peritoneum.