Pneumonia in a calf caused by Mycoplasma bovis

We received samples from a 11-month-old carcass of a Asturiana de los Valles breed calf. The lung showed nodules from 0,5 cm to 2 cm in diameter, with caseous content at the cut surface, that were distributed craneo-ventrally in the apical and caudal lobes. Also, scant similar nodules showing similar appearance could be seen in the parietal pleura. Additionally, a big mass was observed in the neck, measuring 13cm in diameter, with a similar appearance at the cut section. The evaluated lymph nodes were increased in size and reactive but didn’t show granulomatous lesions.

At histopathology, the pulmonary lesions were similar to the muscular ones, consisting of suppurative and necrotizing pneumonia, fascitis and myositis, of a chronic and severe nature. Also, the bronchi showed a severe and chronic suppurative bronchitis with progression to bronchiectasis.

These lesiosn are characteristic of a Mycoplasma bovis infection, but to confirm the result we submitted samples to the molecular biology and microbiology laboratories. In our case, the PCR against M. bovis yielded positive results, and growth was also observed in mycoplasma-specific culture. A general culture was also performed, and Pasteurella multocida colonies were obtained. It is frequent that the lesions caused by M. bovis get over infected with other bacteria, producing lesions greater in size and with a more fluid purulent content, which were observed in our case. Regarding the neck lesions, the bibliography describes that, rarely, nodular lesions in the trachea or peritracheal tissues, with a similar appearance that those found in the lung, are observed. (AC) 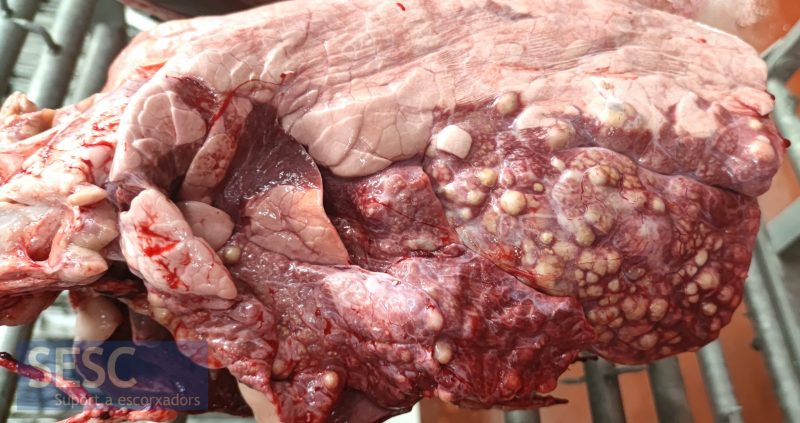 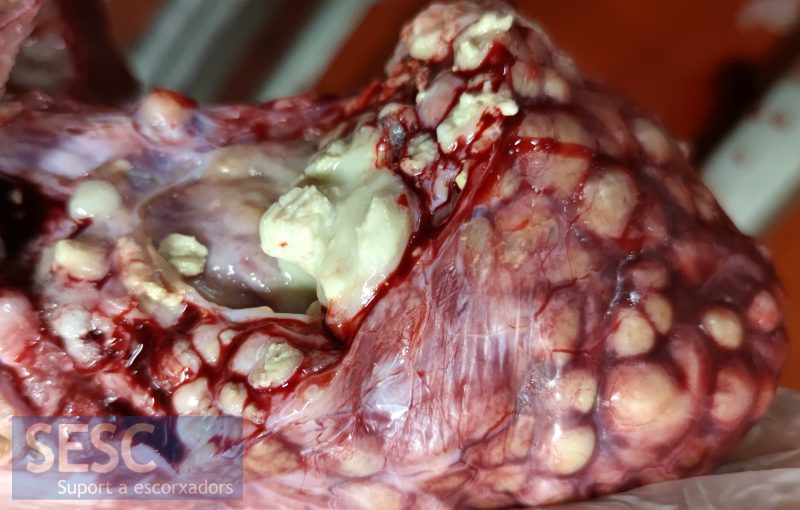 Detail of the cut section of the pulmonary nodules. Most of the nodules showed a caseous appearance at the section, but the biggest ones frequently show a more fluid purulent content due to over infection with other bacteria. 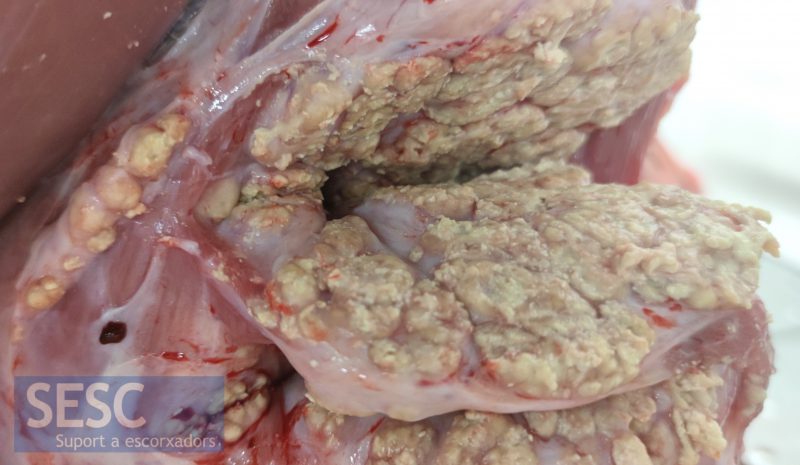 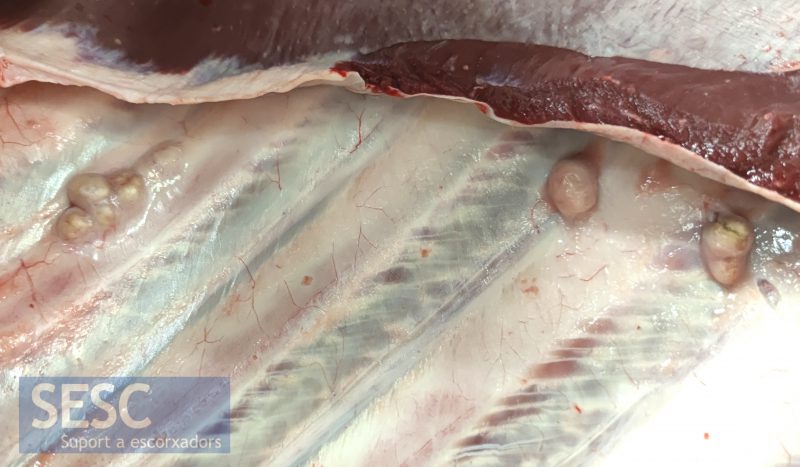 Nodular lesions in the parietal pleura.