The pathological examination revealed that the affected organs, including the intercostal fat, were infiltrated by a neoplastic lymphoid proliferation. The diagnosis was sporadic bovine lymphoma.

In cattle three types of sporadic lymphoma (of unknown cause) are described:

In adult cattle (mostly around 3 years old) lymphoma may be caused by the enzootic bovine leukosis virus . It is characterized by the appearance of an enlarged lymph node. It usually affects the liver and spleen (hepatomegaly and splenomegaly) and there is also an enteric form described (usually involving the abomasal mucosa). Neoplastic cells can also infiltrate the nerve sheath and enter the epidural fat, compressing the spinal cord.

In the 80s there were a number of cases of leucosis in Catalonia and Spain, due to the importation of infected animals. It is a disease subject to sanitation in Europe, from where it is virtually eradicated Yet, elsewhere, such as in the United States of America it is an endemic disease. 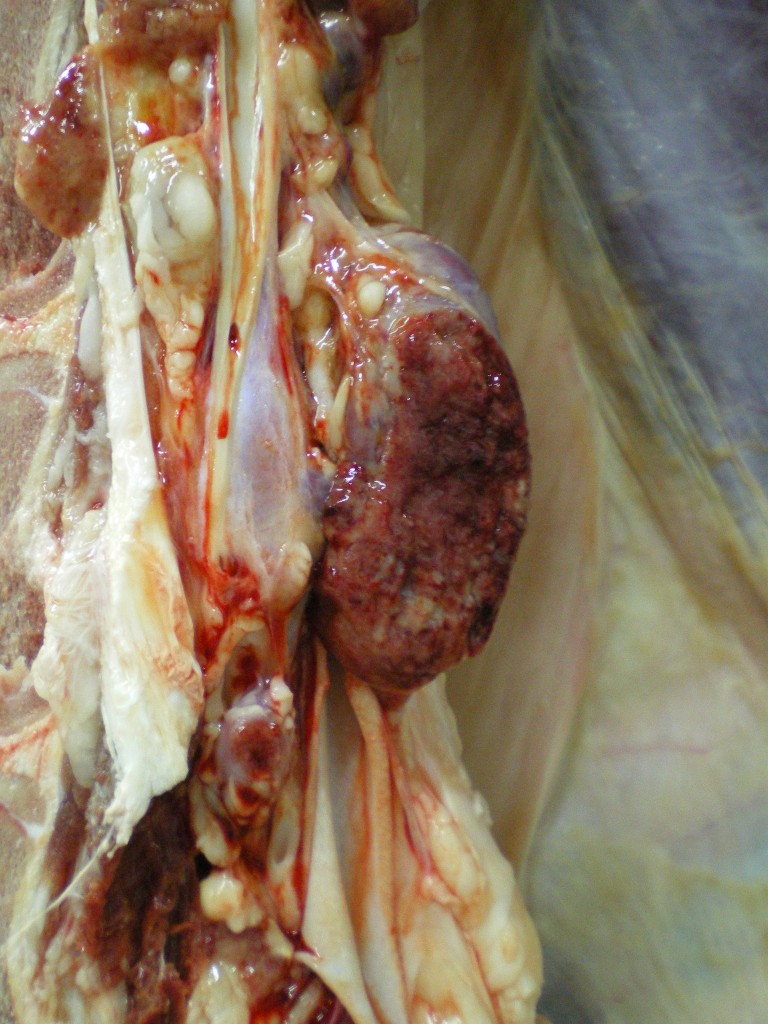 Enlarged lymph node. Image courtesy of the official veterinary services of the ASPB. 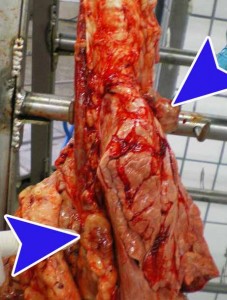 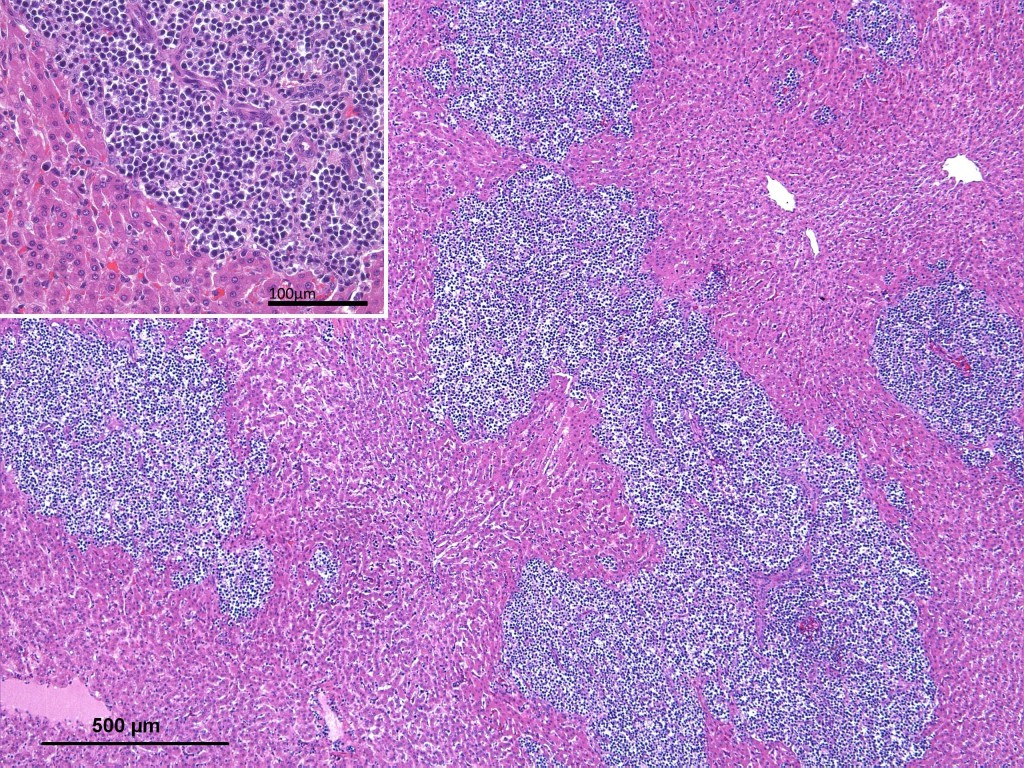 Photomicrograph of an hematoxylin and eosin stained slide. One can see the characteristic lymphomatous infiltrate (blue) infiltrating the liver parenchyma (pink). Top left: enlarged detail of the infiltrating cell population.