Samples were submitted from a bovine kidney with an abnormal coloration. The external surface showed a network pattern with a light brown colour that encircled millimetric round foci of darker brown coloration. At the cut section there were light brown streaks intercalated with darker brown streaks which extended radially from the renal surface to the corticomedullary junction.

At the histopathologic study no renal lesions were seen and the renal parenchyma was preserved. The only alteration observed was the deposition of a granular ochre and slightly refringent pigment inside the cytoplasm of tubular epithelial cells. This deposits showed a multifocal pattern, alterning areas where the tubules were affected with areas without pigment, which explains the macroscopic appearance. We performed a periodic acid Schiff stain (PAS) which stained this pigment with bright fuchsia coloration.

All these findings, both macroscopic and microscopic, are consistent with the condition historically named ‘’Black kidney’’ in cattle, caused by the accumulation of lipofuscin within renal tubules. This condition was believed to be caused by melanin accumulation, but several studies since the 60s further classified this pigment as lipofuscin due to its staining and ultrastructural properties. Lipofuscin is a pigment which generally comes from the degradation of proteins and lipids that accumulate within cells (myocardiocytes, hepatocytes or neurons) as part of the normal cellular aging process or in association with multiple diseases or disorders.

In our case this alteration does not have clinical or pathological relevance and thus is considered an incidental finding in the slaughterhouse. It consists of a localized process affecting only the kidney and the regional lymph node, which also accumulates the same pigment microscopically. Some recent studies reveal a strong racial predisposition or even a condition of genetic (autosomic recessive) inheritance. Unfortunately, the specific genetic disorder causing this condition or its pathogenesis are still to be elucidated. (AC) 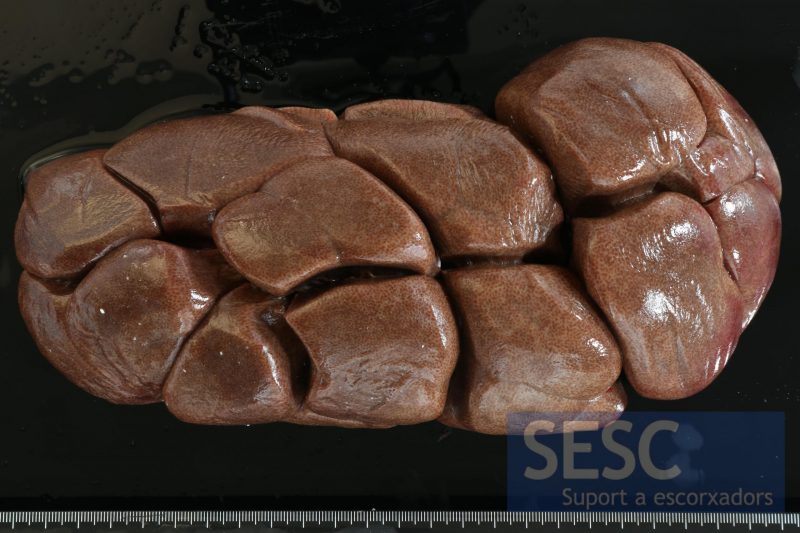 "Black kidney" or renal lipofuscinosis. A black, brown coloration is seen on the renal surface 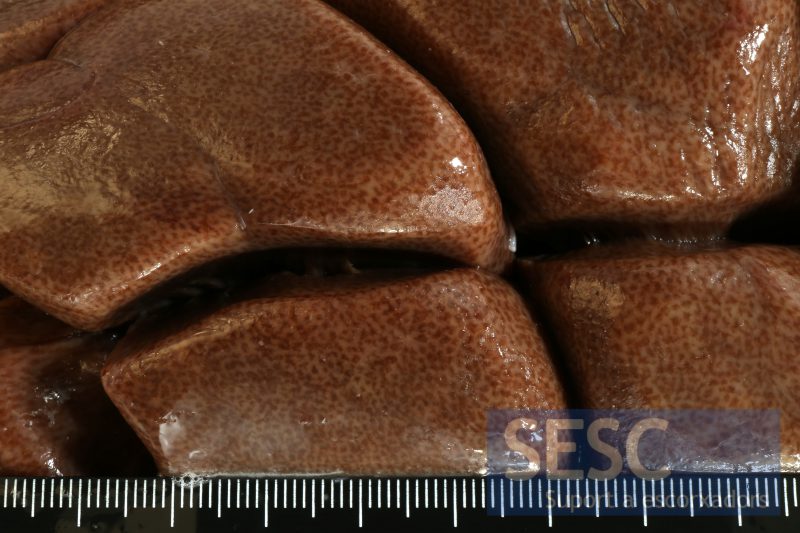 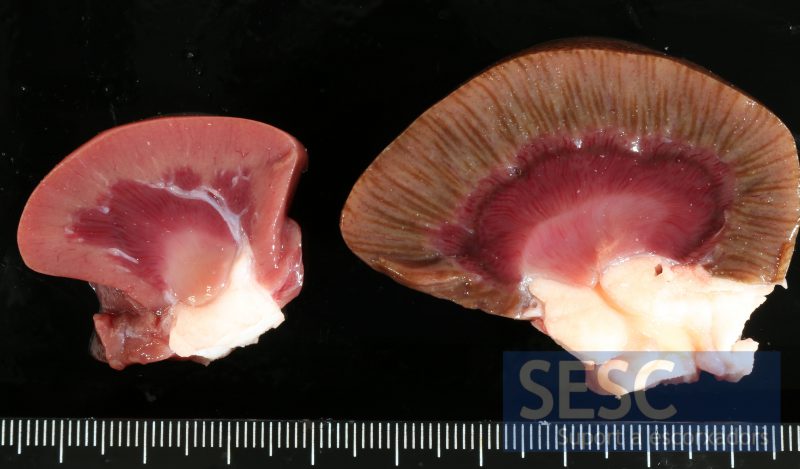 Appearance at the cut section. On the left a non-affected kidney can be seen (smaller in size, coming from a younger animal). On the right, the affected kidney shows intercalated streaks of light and dark brown colour from the cortical surface to the corticomedullary junction. 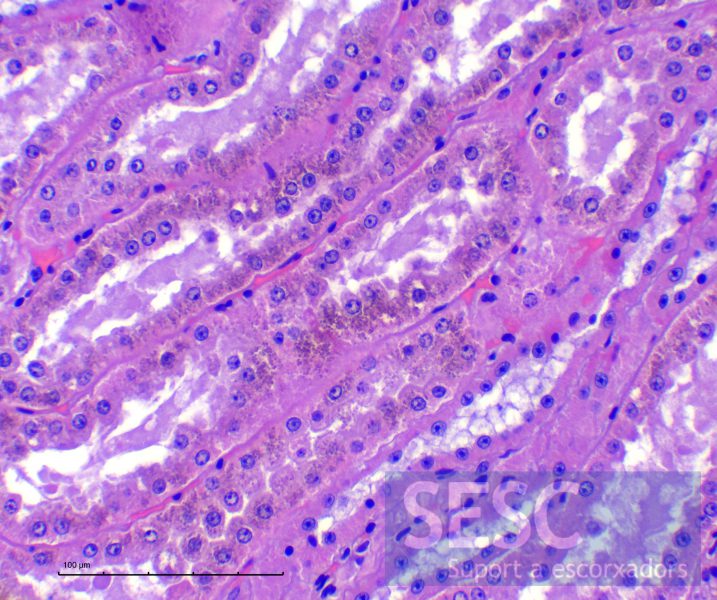 Histology (haematoxylin-eosin) of the kidney. A granular refringent ochre pigment can be seen within proximal tubules. 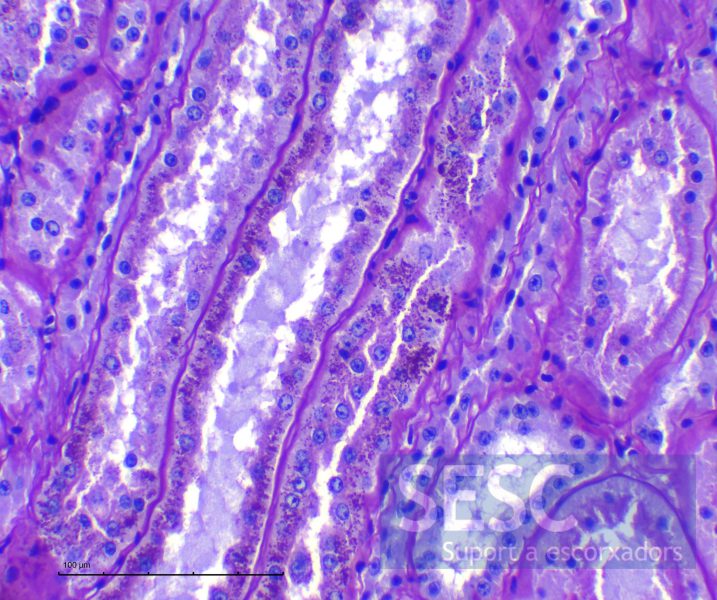 PAS stain which stains the pigment with bright fuchsia coloration.