We received a request with images of different broiler carcasses affected with similar lesions and were asked about the correct lesional nomenclature and an interpretation of the lesions.

Most of the lesions observed were reddish areas visible through the skin and in general corresponded to acute hematomas. These are produced by blood extravasation and accumulation in the  subcutaneous and muscular tissue and can occur hours prior to death or until 10 seconds after bleeding. After the 10 seconds have passed, any contusion to the carcass will not produce hematomas. These bruises can occur during the loading and unloading of animals in transport to the slaughterhouse and are indicators of animal welfare deficits.

Some of the lesions show a yellowish-greenish coloration. After 12 hours of evolution of a hematoma in a live animal, hemoglobin metabolites start to appear, which makes the coloration of the subacute hematoma turn green or yellow. When the principal metabolite is bilirubin, the hematoma acquires a yellowish coloration, while biliverdin accumulation leads to green coloration. The proportion between these pigments depends on multiple variables, from which ambiental temperature is an important one. Thus, these lesions come from contusions of at least 12-24 hours of evolution.  (AC) 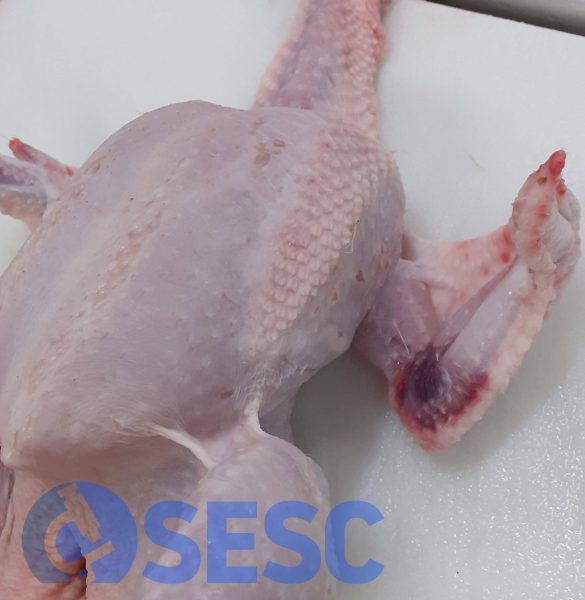 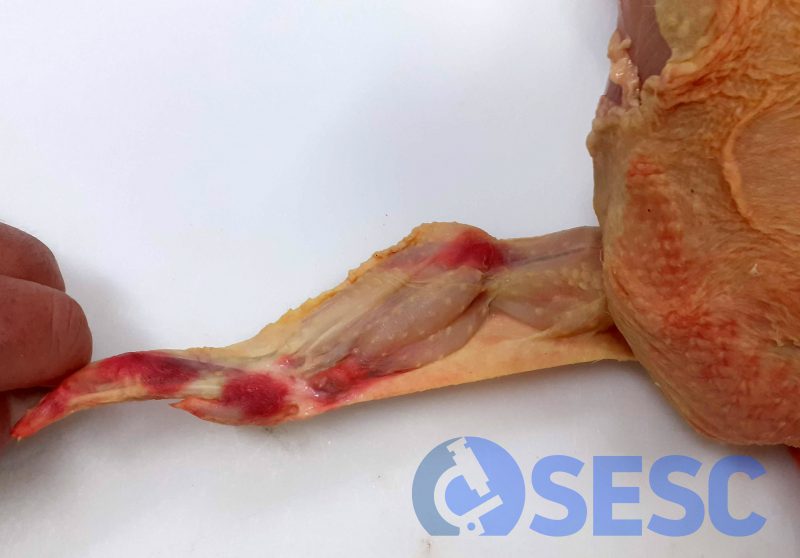 This broiler carcass shows a reddish area of the region of the elbow and phalanx (compatible with an acute hematoma). 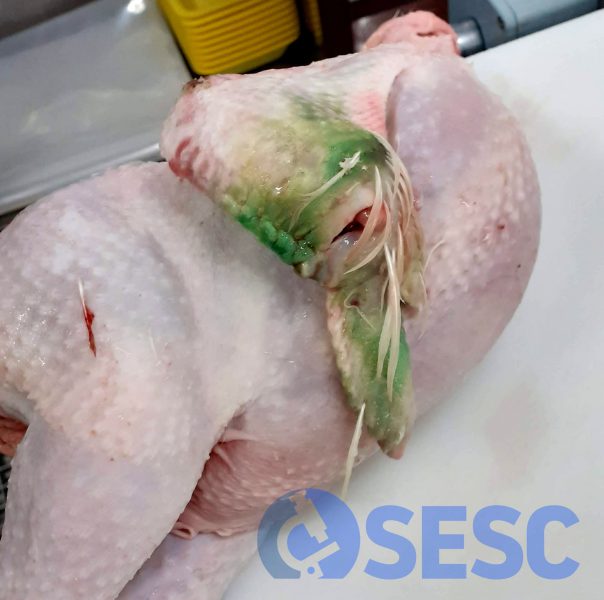 Broiler carcass which shows greenish coloration of the wing at the region of the elbow (compatible with a subacute hematoma due to hemoglobin degradation to biliverdin).