We receive samples from a nodular lesion in the myocardium from a 12-month-old Friesian breed calf’s carcass. The lesion measured 1cm in diameter, showed a white coloration and the margins were irregular with fibrous appearance. The inspectors wanted to rule out bovine cysticercosis.

A histopathological study was performed which revealed a neoplastic proliferation of glandular appearance, formed by well differentiated cubic epithelial cells organized in an acinoductal pattern and were surrounded by large amounts of mature fibrous tissue. An immunohistochemical study against cytokeratin (CK 5, 6, 8, 17, 19) confirmed the epithelial origin of the neoplasm.

This neoplasia receives the name of myocardial adenomatoid tumor and it is a benign neoplasia that is usually reported as an incidental finding at slaughter because it usually is inconsequential to the live animal. The presence of abundant fibrous tissue at the histological examination explains the white coloration and firm consistency observed macroscopically. The bibliography speculates that the origin of this neoplasm is mesothelial (pericardium) due to his immunohistochemical characteristics. The presence of cysticercosis was ruled out. (AC) 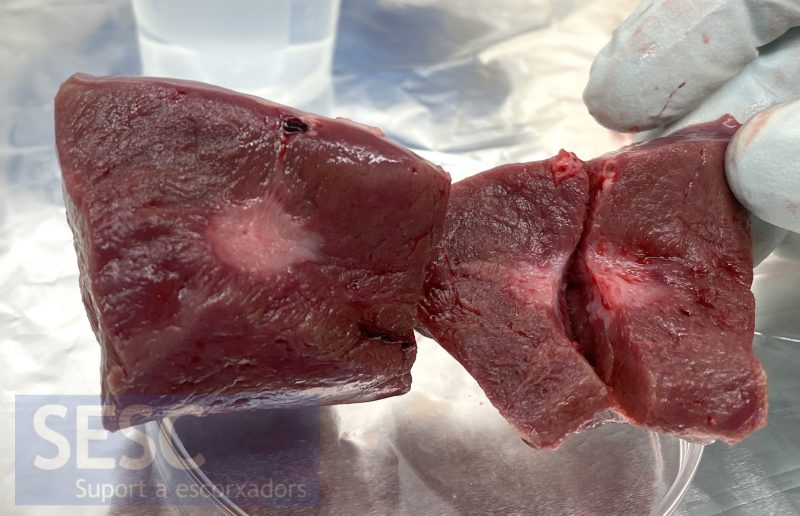 Nodular lesion in the myocardium of white coloration and firm consistency. 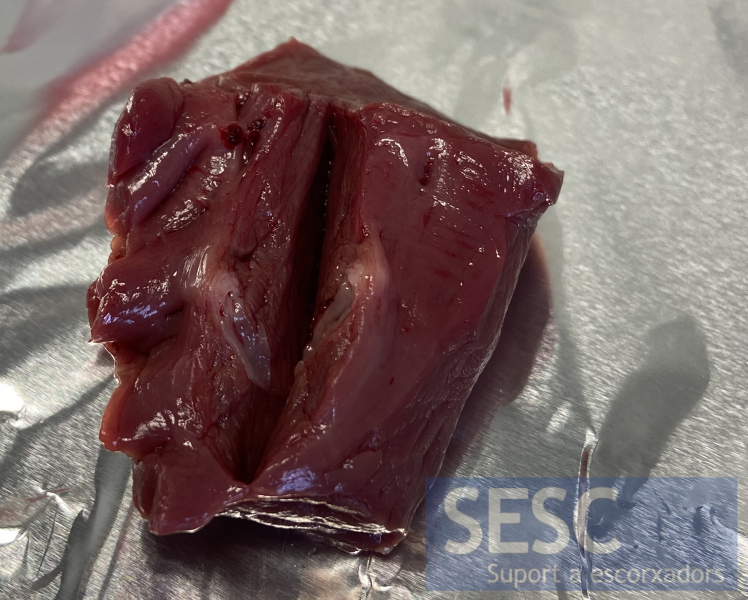 Image from another case in which a similar nodulation is observed in the endocardium, with smaller dimensions, confirmed as a myocardial adenomatoid tumor by histology. 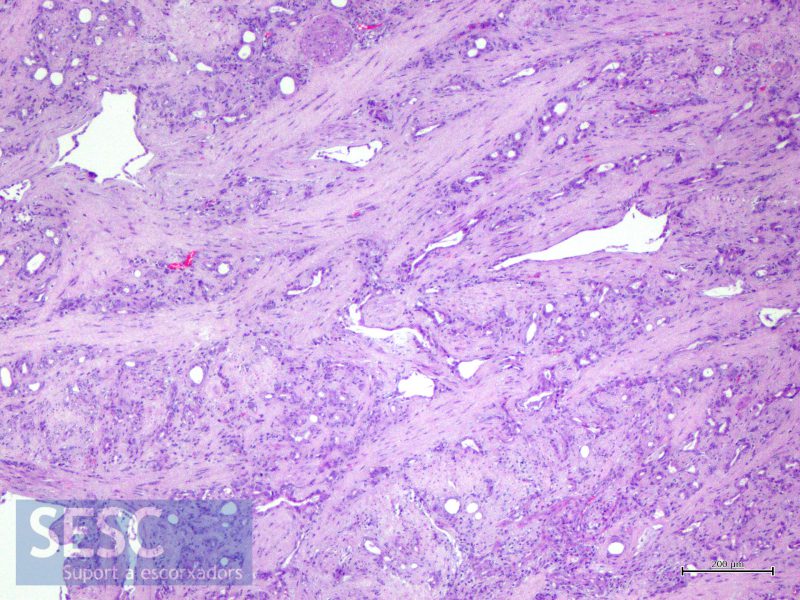 Histologic image (HE) of the myocardial adenomatoid tumor. The neoplastic epithelial cells form tubules within an abundant fibrous stroma. 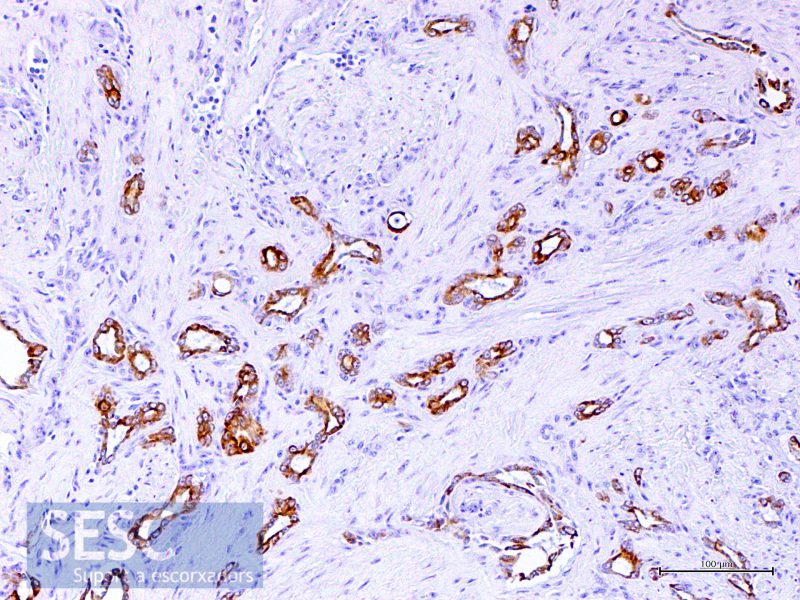 Immunohistochemical study against cytokeratin. A positive immunostaining is observed in the epithelial neoplastic cells.