Hemorrhagic diathesis in a pig carcass

In a 6 months old, mixed breed, pig carcass multiple hemorrhages (petechiae and ecchymoses) were observed on the skin, thoracic and abdominal cavities serous membranes. The lymph nodes had a haemorrhagic appearance throughout the carcass.

These lesions are indicative of a hemorrhagic diathesis, ie a predisposition to bleeding. It is a nonspecific sign that can have various causes. A number of considerations in this case can help narrow the differential diagnosis:

The fact that only one animal was found affected and the absence of clinical signs reported antemortem was against this hypothesis, but still cannot be ruled out:

Once infectious ethiologies have been discarded other possible explanations for bleeding and the consequent absorption of blood to the lymph nodes are:

Bleeding arising during the slaughter process secondary to an abnormal agony.

To read more about causes of erythematous lesions in pig carcasses: Five reasons a pig carcass might turn red. 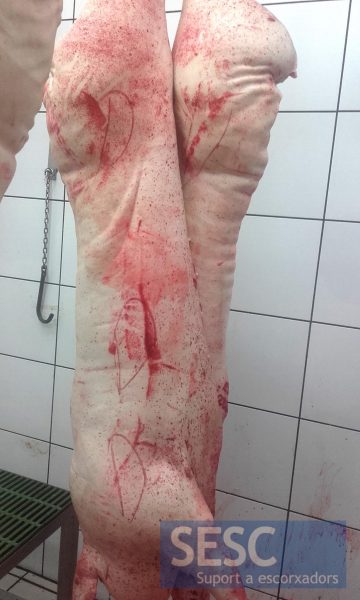 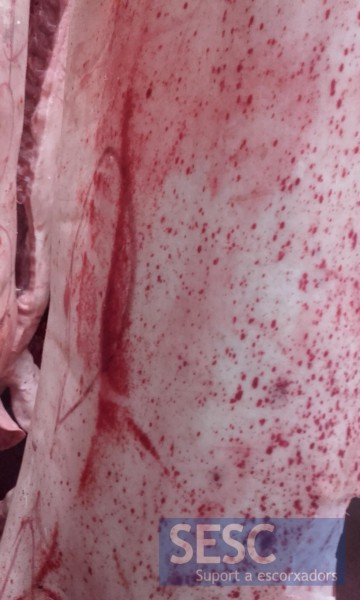 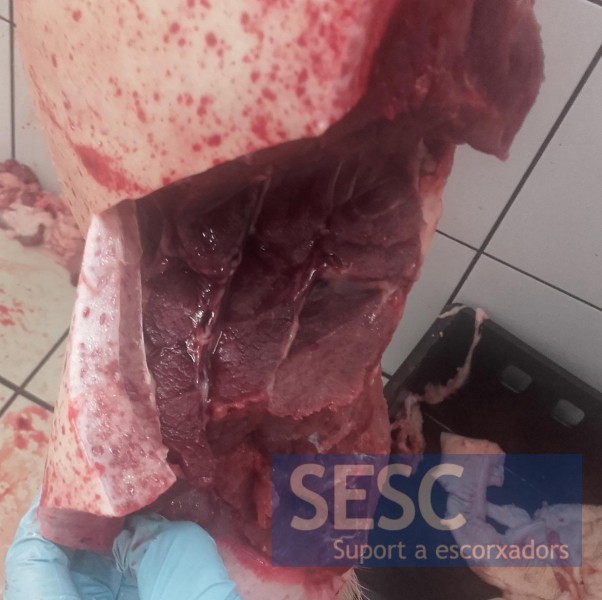 Petechiae are seen throughout the depth of the dermis. 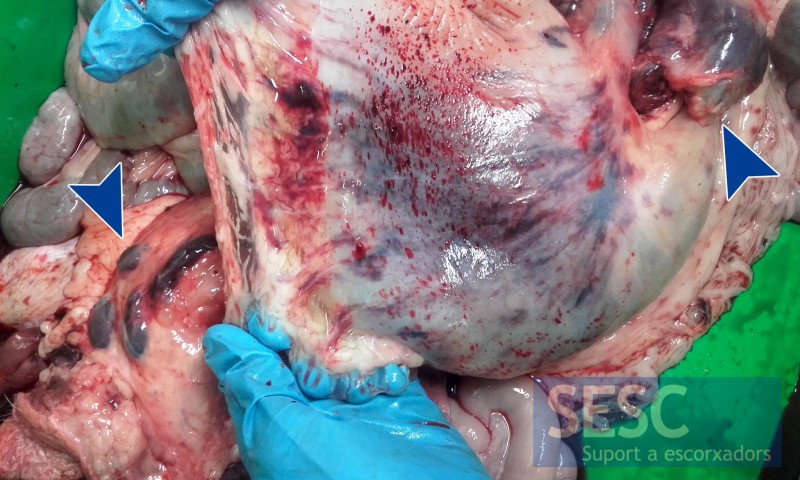 Petechiae and ecchymoses in the stomach serosa and hemorrhagic lymph nodes (arrows).

Congenital porphyria in a pig carcass