During 2015 a total of 99 queries have been managed in SESC. Of these, 7 were purely telematic and the remaining 92 requests corresponded to laboratory analysis of samples.

During 2015, 26 entries have been published in this blog in Catalan, Spanish and English language. Ten of them were diagnostic challenges. A total of 37.546 visits  have been recorded.

Below is a summary of the data from this year. Once again, we take this opportunity to acknowledge the cooperation and efforts of pathologists and animal health experts in CReSA, the SDPV, and the UAB Faculty of Veterinary Medicine, as well as that of the Public Health Agency of Catalonia (ASPCAT) staff, especially the veterinary meat inspectors whose contributions make the success of this page possible.

We wish you a cool 2016 and do not hesitate to leave us your comments and suggestions at the end of this post! 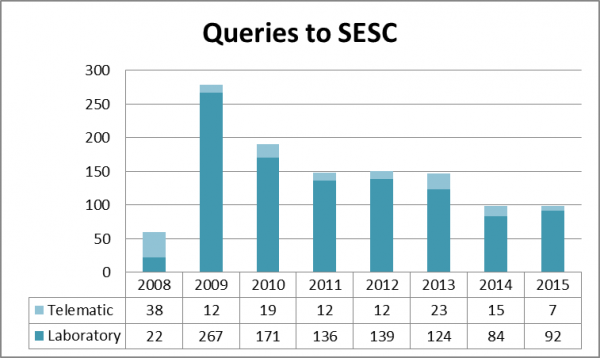 Evolution of the number of queries arrived at SESC. The number of inquiries was the same as the previous year (n=99). 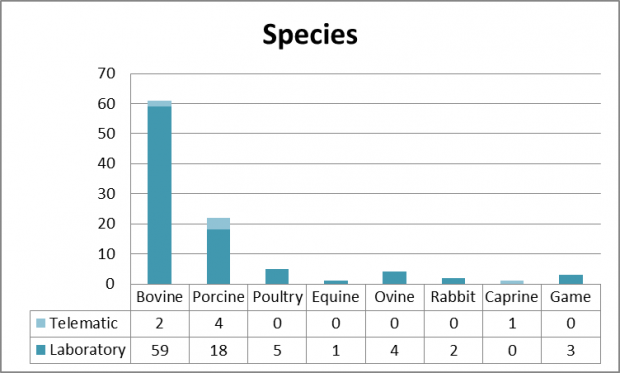 Species distribution of the consultations arrived at SESC. The beef sector, once again, is the one contributing with the most samples, especially for diagnosis confirmation of zoonoses such as tuberculosis and bovine cysticercosis. The number of queries from poultry slaughterhouses has diminished but we have incorporated queries from game meat processing rooms, specifically three queries on wild boars, one of which was confired as a tuberculosis case. 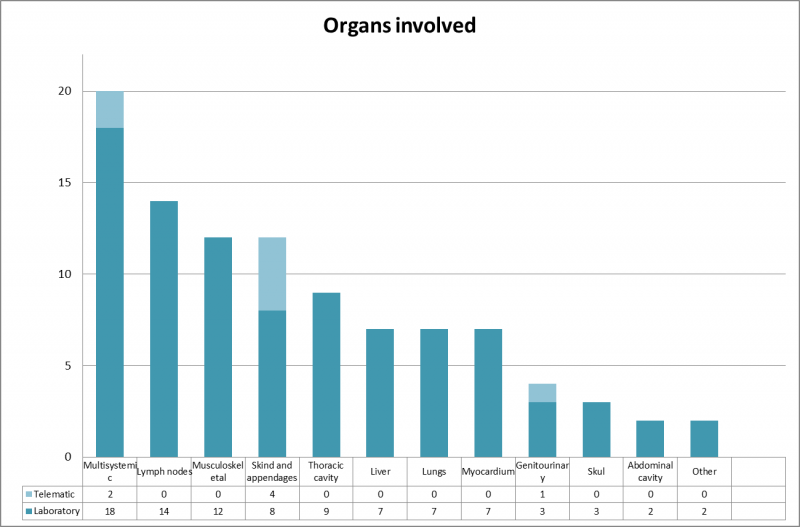 Organs distribution of the inquiries received. Most samples of muscle/myocardium were submitted to confirm a diagnosis of cysticercosis and those form Lungs, lymph nodes and thoracic cavity to rule out tuberculosis.

Distribution of the samples according to the diagnostic service. SDPV: veterinary pathology diagnostic service. BSL3 biocontainment level unit 3 in CReSA. NBS2 CReSA conventional laboratories. The Veterinary bacteriology and mycology service (SVBM) and the parasitology laboratories are from the veterinary school at UAB. A single query can generate different samples in the same service or different services 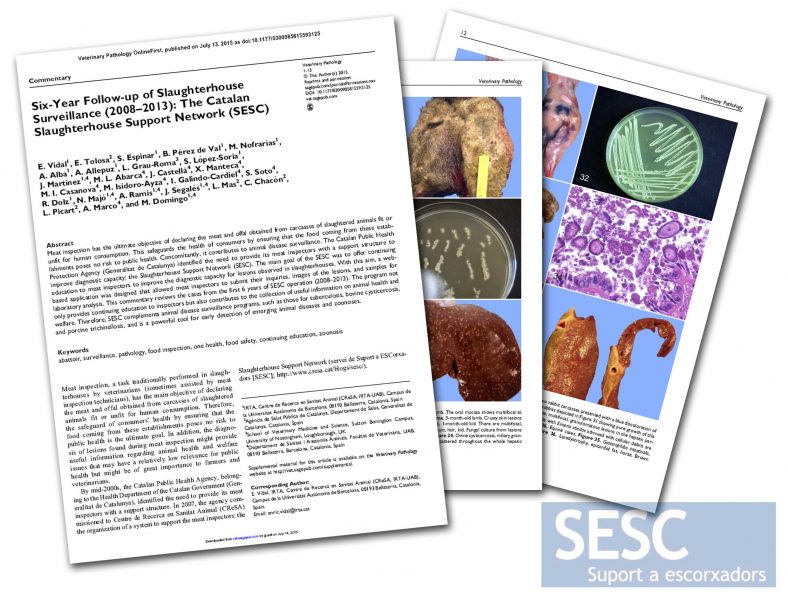 A review of the first six years of operation of SESC has been published this year at Veterinary Pathology.

Congenital porphyria in a pig carcass